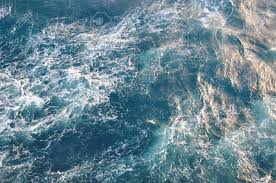 
Abstract
Background: The impossibility of closing the life cycle of the European eel (Anguilla anguilla) in captivity troubles the future of this critically endangered species. In addition, the European eel is a highly valued and demanded resource, thus the successful closing of its life cycle would have a substantial economic and ecological impact. With the aim of obtaining the highest gamete quality, the study of the effects of environmental factors, such as temperature, on reproductive performance may prove valuable. This is especially true for the exposure to cold water, which has been reported to improve sexual development in multiple other Actinopterygii species.
Results: European eel males treated with cold seawater (10 °C; T10) for 2 weeks showed an increase in the proliferation and differentiation of spermatogonial cells until the differentiated spermatogonial type A cell stage, and elevated testosterone and 11-ketotestosterone plasma levels. Transcriptomes from the tissues of the brain-pituitary-gonad (BPG) axis of T10 samples revealed a differential gene expression profile compared to the other experimental groups, with clustering in a principal component analysis and in heat maps of all differentially expressed genes. Furthermore, a functional analysis of differentially expressed genes revealed enriched gene ontology terms involved in the regulation of circadian rhythm, histone modification, meiotic nuclear division, and others.
Conclusions: Cold seawater treatment had a clear effect on the activity of the BPG-axis of European eel males. In particular, our cold seawater treatment induces the synchronization and increased proliferation and differentiation of specific spermatogonial cells. In the transcriptomic results, genes related to thermoception were observed. This thermoception may have caused the observed effects through epigenetic mechanisms, since all analysed tissues further revealed differentially expressed genes involved in histone modification. The presented results support our hypothesis that a low temperature seawater treatment induces an early sexual developmental stage in European eels. This hypothesis is logical given that the average temperature experienced by eels in the early stages of their oceanic reproductive migration is highly similar to that of this cold seawater treatment. Further studies are needed to test whether a cold seawater treatment can improve the response of European eels to artificial hormonal treatment, as the results suggest.
Publicado por Juan F. Asturiano en 19:05