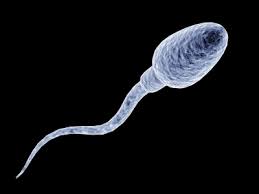 Abstract
Sperm from European eel males treated with hCGrec was washed in a calcium free extender, and sperm motility was activated both in the presence (seawater, SW) and in the absence of calcium (NaCl+EDTA), and treated with calcium inhibitors or modulators. The sperm motility parameters were evaluated by a computer-assisted sperm analysis (CASA) system, and changes in the [Ca2+]i fluorescence (and in [Na+]i in some cases) were evaluated by flow cytometry.


After sperm motility was activated in a medium containing Ca2+ (seawater, SW) the intracellular fluorescence emitted by Ca2+ increased 4-6-fold compared to the levels in quiescent sperm. However, whilst sperm activation in a Ca-free media (NaCl+EDTA) resulted in a percentage of motility similar to seawater, the [Ca2+]i levels did not increase at all. This result strongly suggests that increasing [Ca2+]i is not a pre-requisite  for the induction of sperm motility in European eel sperm. Several sperm velocities (VCL, VSL, VAP) decreased when sperm was activated in the Ca-free activator, thus supporting the theory that Ca2+ has a modulatory effect on sperm motility. The results indicate that a calcium/sodium exchanger (NCX) which is inhibited by bepridil and a calcium calmodulin kinase (inhibited by W-7), are involved in the sperm motility of the European eel. Our results indicate that the increase in [Ca2+]i concentrations during sperm activation is due to an influx from the external medium, but, unlike in most other species, it does not appear to be necessary for the activation of motility in European eel sperm.