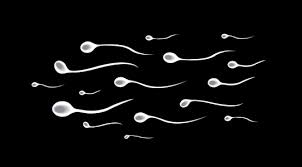 Abstract
Although a relatively high number of sperm quality biomarkers have been reported over the years in several fish species, sperm motility is nowadays considered the best biomarker for fish spermatozoa. The first scientific reports focusing on fish sperm motility date from a century ago, but the objective assessment allowed by computer-assisted sperm analysis (CASA) systems was not applied in to fish species until the mid 1980’s. Since this date, a high number of sperm kinetic parameters from more than 170 fish species have already been reported in more than 700 scientific articles, covering a wide range of topics such as i) sperm physiology, ii) sperm storage, iii) broodstock management, iv) the phenomenon of sperm competition, v) ecotoxicology studies, and vi) understanding the life cycle of the species. To sum up, the sperm kinetic parameters provided by CASA systems can serve as a powerful and useful tool for aquaculture and ecological purposes, and this review gives an overview of the major research areas in which fish sperm motility assessed by a CASA system have been applied successfully.
Publicado por Juan F. Asturiano en 21:49