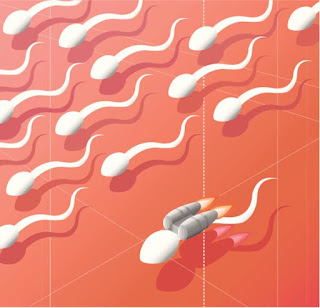 Sodium affects the sperm motility in the European eel

The role of seminal plasma sodium and activation media sodium on sperm motility was examined by selectively removing the element from these two media, in European eel sperm. Sperm size (sperm head area) was also measured using an ASMA (Automated Sperm Morphometry Analyses) system, in the different conditions. Intracellular sodium [Na+]i was quantitatively analyzed by first time in the spermatozoa from a marine fish species. Measurement of [Na+]i was done before and after motility activation, by Flow Cytometry, using CoroNa Green AM as a dye. Sperm motility activation induced an increase in [Na+]i, from 96.72 mM in quiescent stage to 152.21 mM post-activation in seawater. A significant decrease in sperm head area was observed post-activation in seawater. There was a notable reduction in sperm motility when sodium was removed from the seminal plasma, but not when it was removed from the activation media. Sodium removal was also linked to a significant reduction in sperm head area in comparison to the controls. Our results indicate that the presence of the ion Na+ in the seminal plasma (or in the extender medium) is necessary for the preservation of sperm motility in European eel, probably because it plays a role in maintaining an appropriate sperm cell volume in the quiescent stage of the spermatozoa.
Publicado por Juan F. Asturiano en 18:50