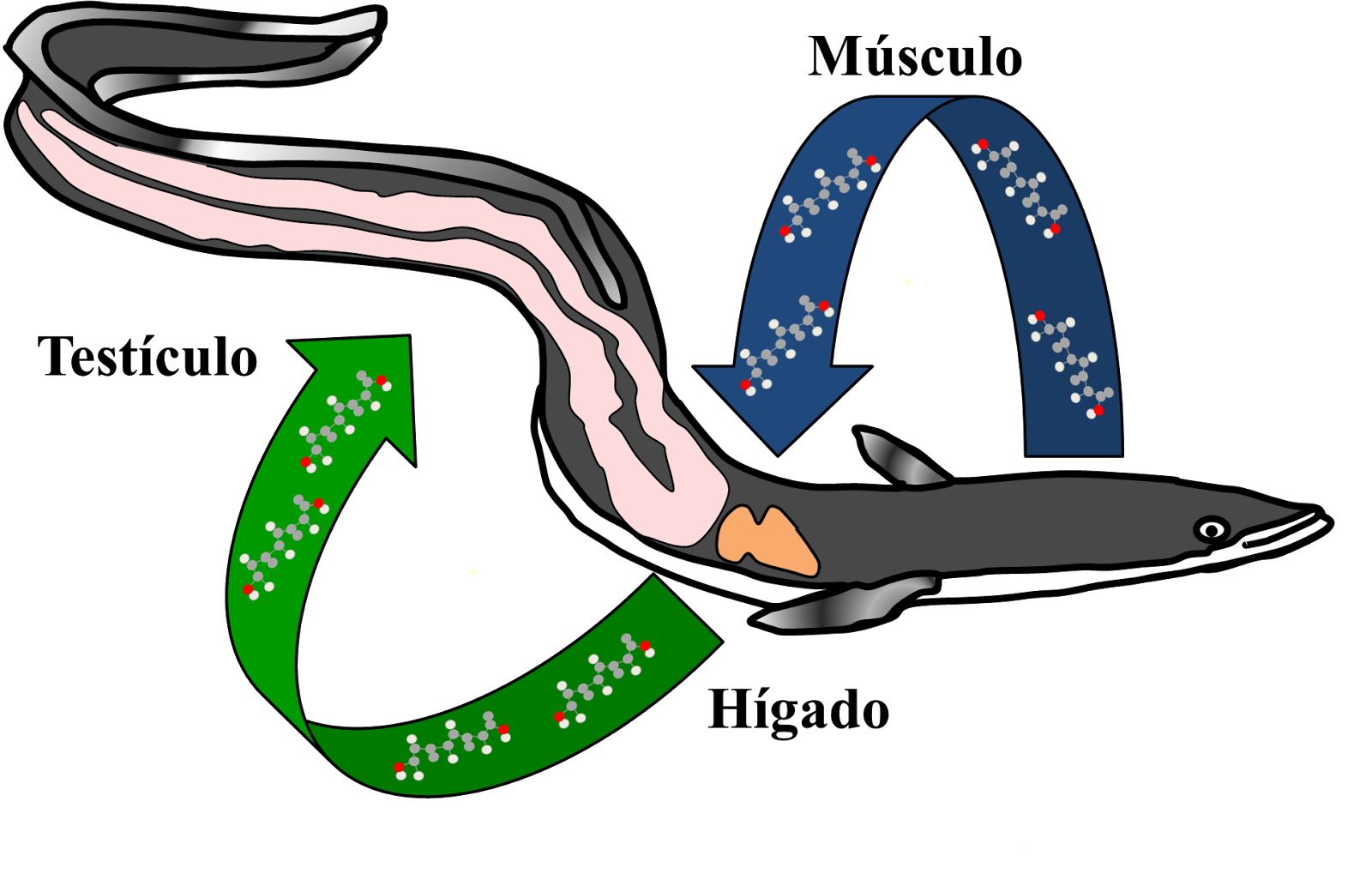 The present study was undertaken to evaluate the correlations between the fatty acids in the liver and testis and the plasma levels of the hormonal steroids used during eel spermatogenesis, in order to clarify the physiological roles fatty acids play in the spermatogenetic process.  The stages of testis development (S1-S5) were assessed by histological observations in order to classify the different phases of hormonally-induced spermatogenesis and evaluate the possible relationships between the hormones and fatty acids in each stage.
The highest plasma levels of 17β-Estradiol (E2), testosterone (T) and 11-ketotestosterone (11KT) were found in S1, when spermatogonial proliferation occurs. A correlation was found between 17α-20β-dihydroxy-4-pregnen-3-one (DHP) levels and some fatty acids during the proliferation and growing phases (S1-2), suggesting that DHP might modulate lipid metabolism in the liver during early spermatogenesis. The DHP levels increased significantly during the growing phase (S2) and remained at high levels throughout the subsequent development stages (S3-S5).


Similar to results found in mammals, our results show that in the eel there are regulatory mechanisms, including eicosapentaenoic acid (20:5-n3, EPA) and docosahexaenoic acid (22:6-n3, DHA), which act as modulators in the synthesis of androgens, particularly during the final phase of sperm maturation. Our results suggest that the fact that EPA, ARA and DHA concentrations in the eel testis remain constant/stable during spermiation could be related to the subsequent union of the spermatozoa and the egg. The findings from this research provide new insights for further studies about the possible effect of steroids on desaturase activity and highlight the importance of the effect of lipid metabolism during male eel spermatogenesis.
Publicado por Juan F. Asturiano en 19:43